What are shiitake mushrooms?

Shiitake is a mushroom known for having a long tradition in Japan and in traditional Chinese medicine. Originally native to Japan and China, the Shiitake mushroom is now also cultivated worldwide. Due to its nutritional value, health benefits, and rich flavour, shiitake mushroom counts as one of the most popular kinds of mushrooms worldwide.

The superfood Shiitake contains numerous healthy compounds that stimulate metabolism and increase well-being. In addition, its healing properties have been scientifically proven in cervical cancer.

Shiitake mushrooms do not contain any fat but do contain various important nutrients and proteins. 100 grams of shiitake mushrooms already cover 40% of the daily requirement of vitamin B5, which is necessary for nerves, hormones, and energy metabolism.
Shiitake mushroom is a good source of fiber, fat- and cholesterol-free, and low-sodium. It is a suitable source of valuable minerals and vitamins for vegetarians and vegans. 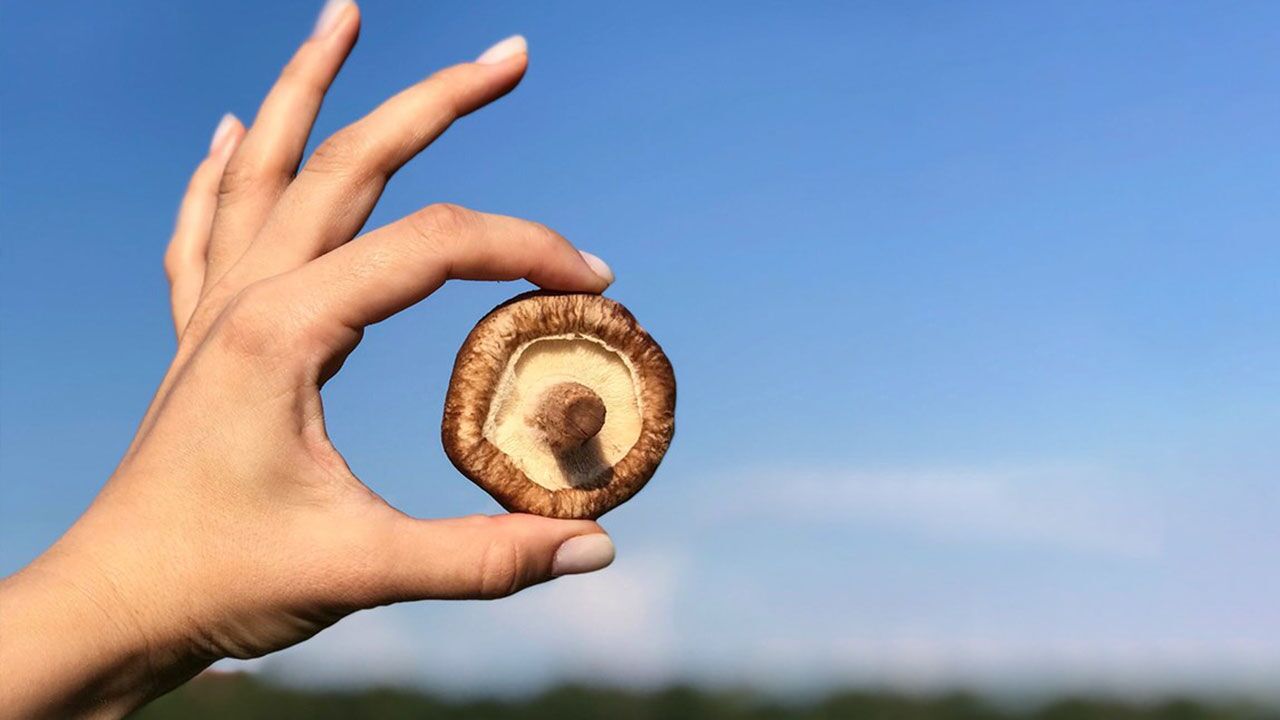 Is an excellent vitamin D source

Shiitake mushrooms contain a variety of secondary plant substances, such as vitamin D and B vitamins (B2, B3, B5 and B6). This exotic mushroom also contains important minerals such as potassium, iron, calcium and magnesium and traces elements such as copper and zinc.

In addition, the easily digestible medicinal mushroom has many essential amino acids such as lysine and leucine. 70 grams of shiitake already cover 72 % of the daily copper requirement. This trace element is important for the human nervous system as well as for the formation of connective tissue and blood.

Originally, shiitake is native to the Far East – Japan, China, Korea. This exotic mushroom has different names in different parts of the world. In the United States, it is known as the black forest mushroom. In France, it is called Lentin du Chêne. In China, various types of shiitake are known by different names, such as hsang-gu, the fragrant mushroom, dong-gu, the winter mushroom, and hua-gu – flower mushroom.

Despite the variety of names, the most recognizable name in the world is Japanese shiitake. Due to its exotic taste and flavor, as well as its nutritional value, it is the second most cultivated mushroom worldwide. 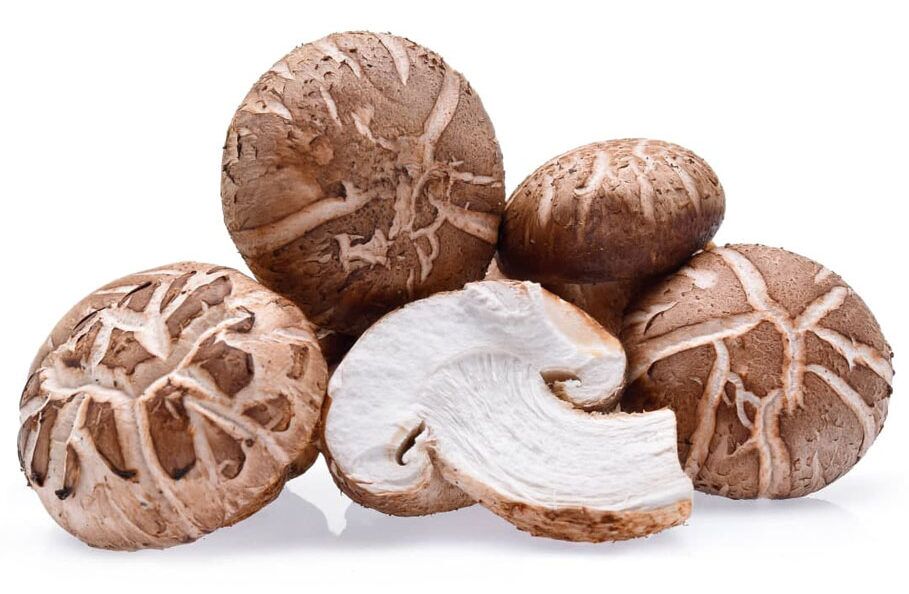 Take a peek at our organic exotic mushrooms

This is how we grow exotic mushrooms – with knowledge, up-to-date technology and care for the environment. 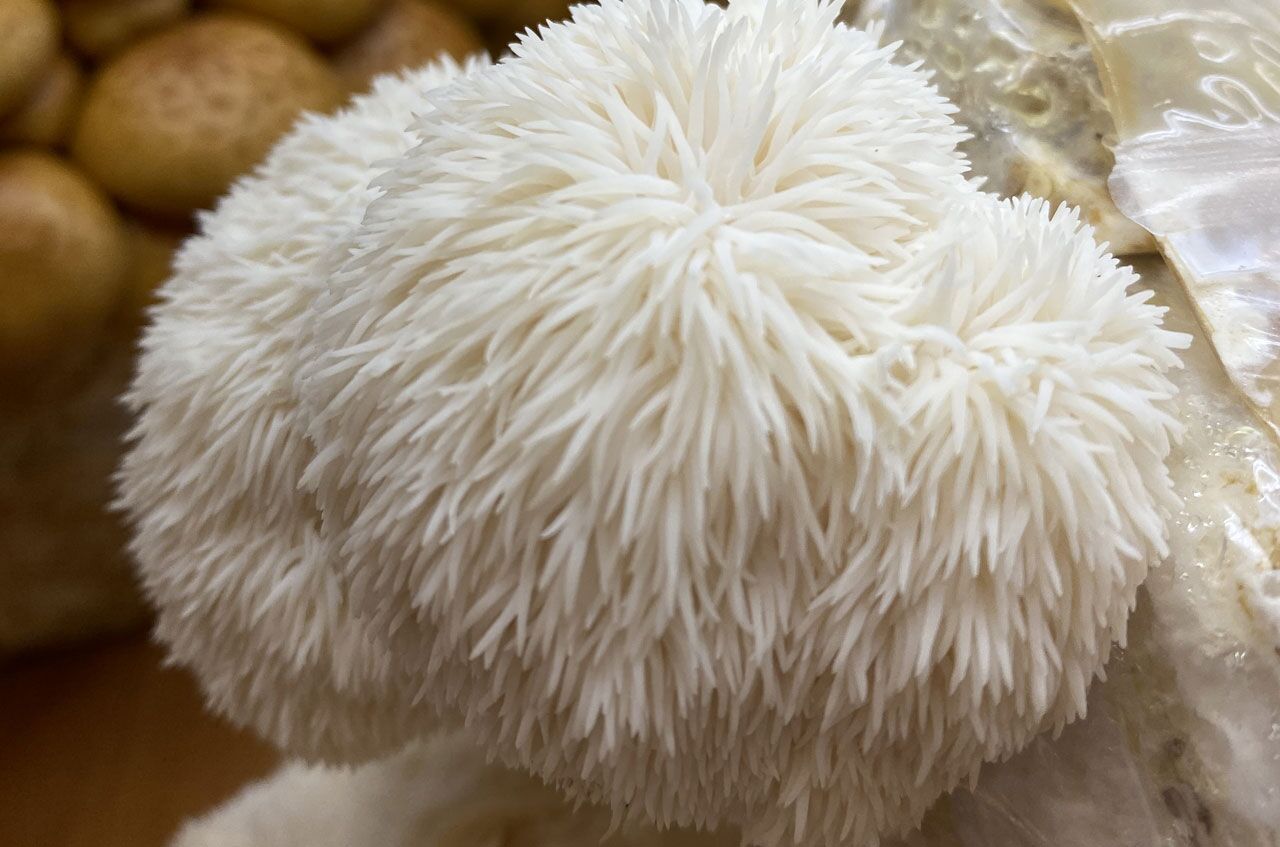 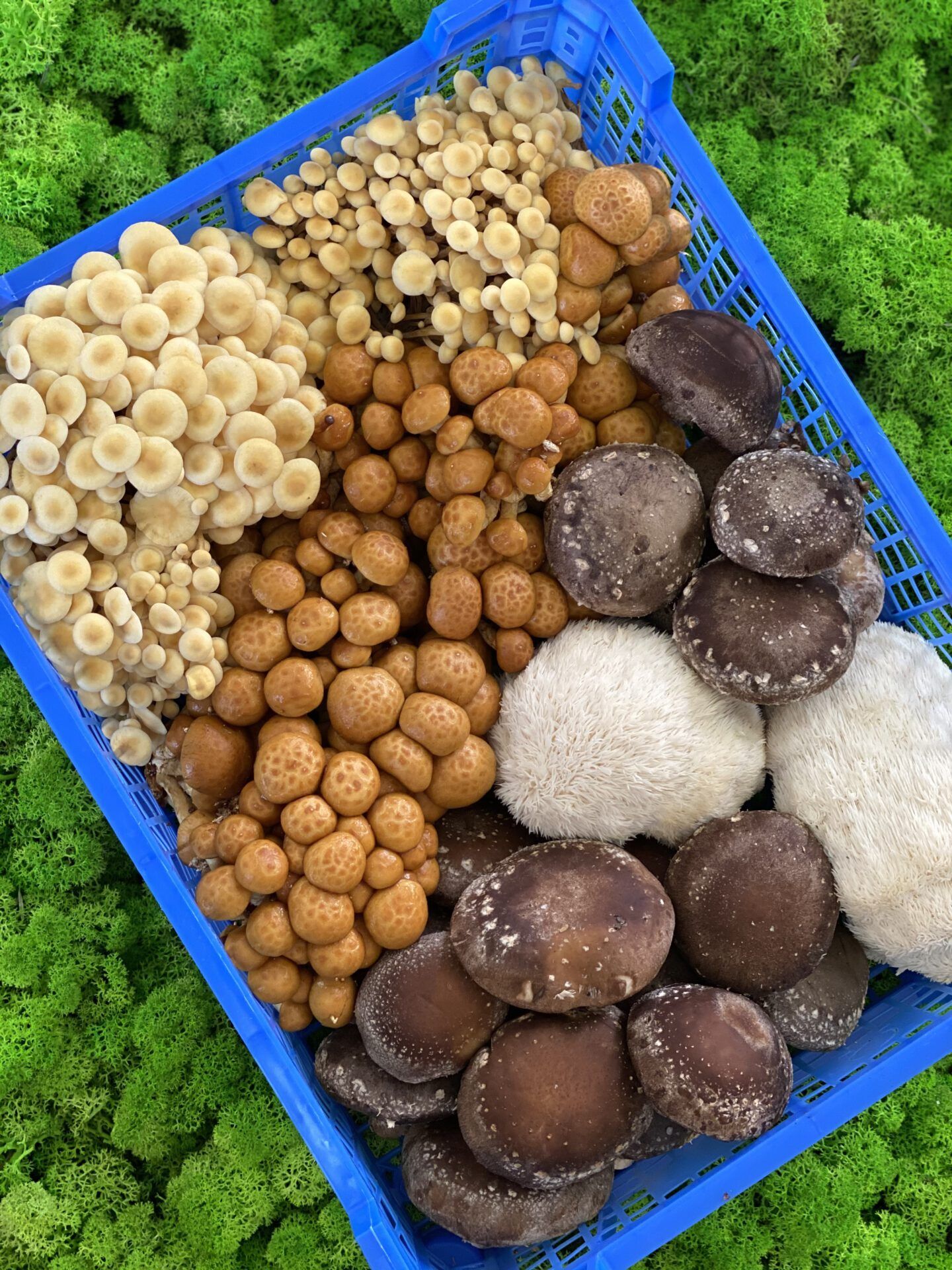 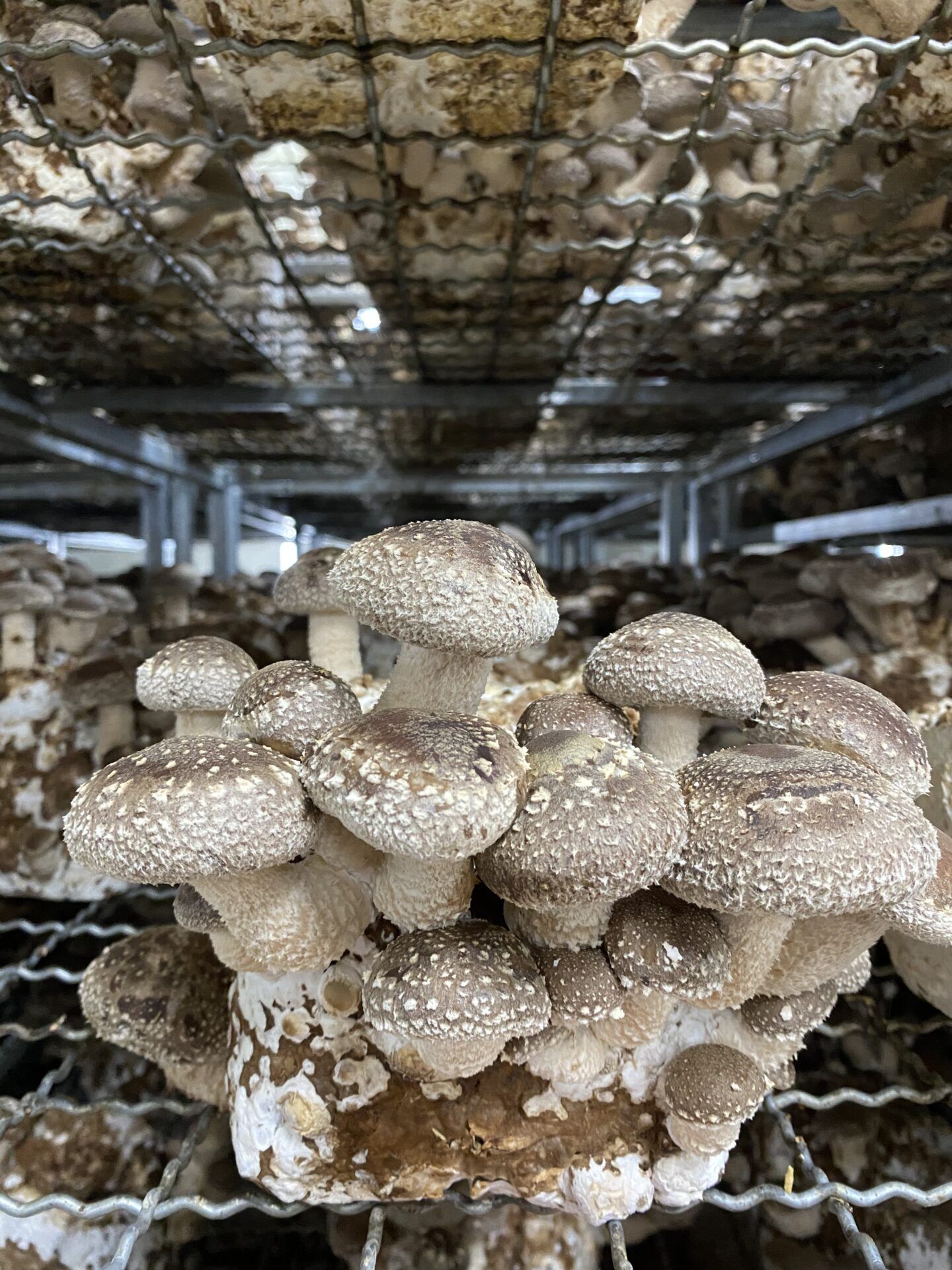 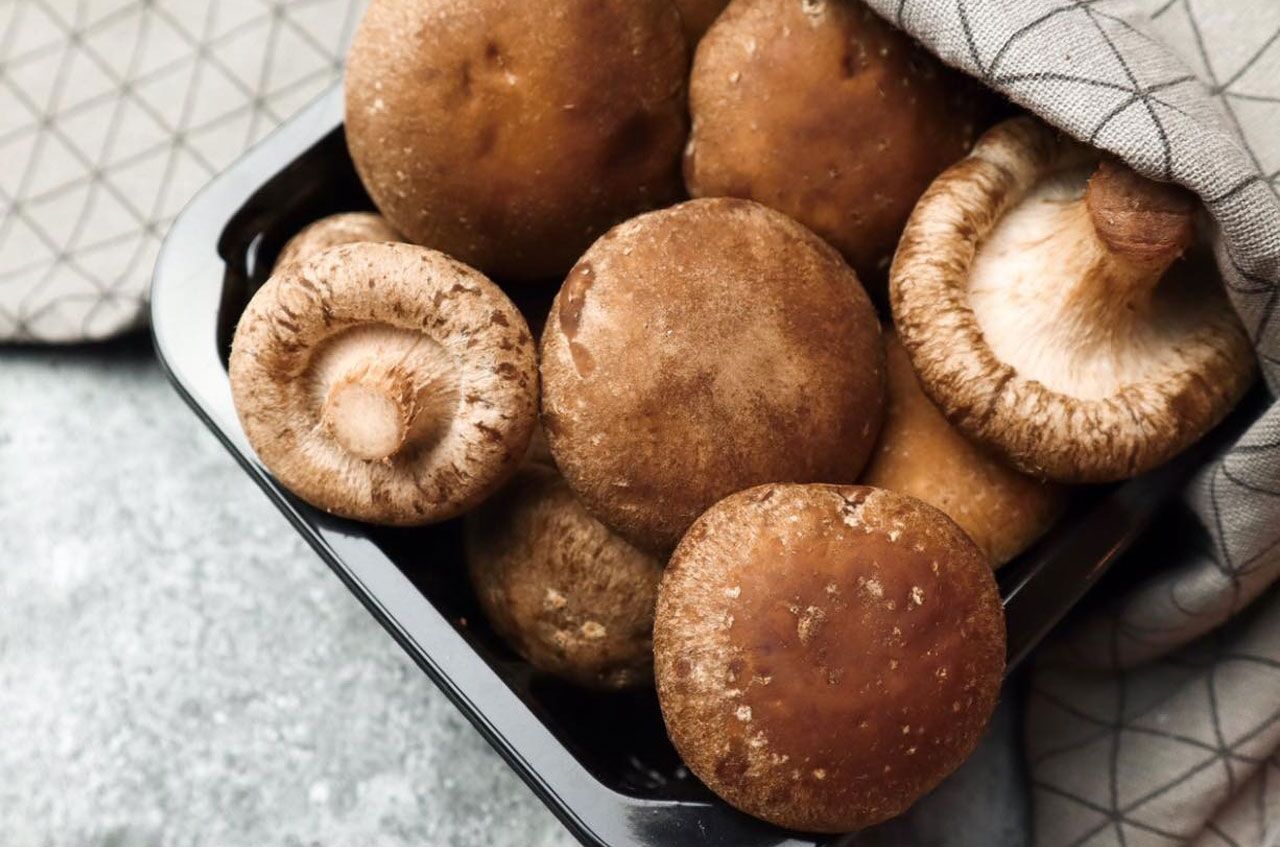 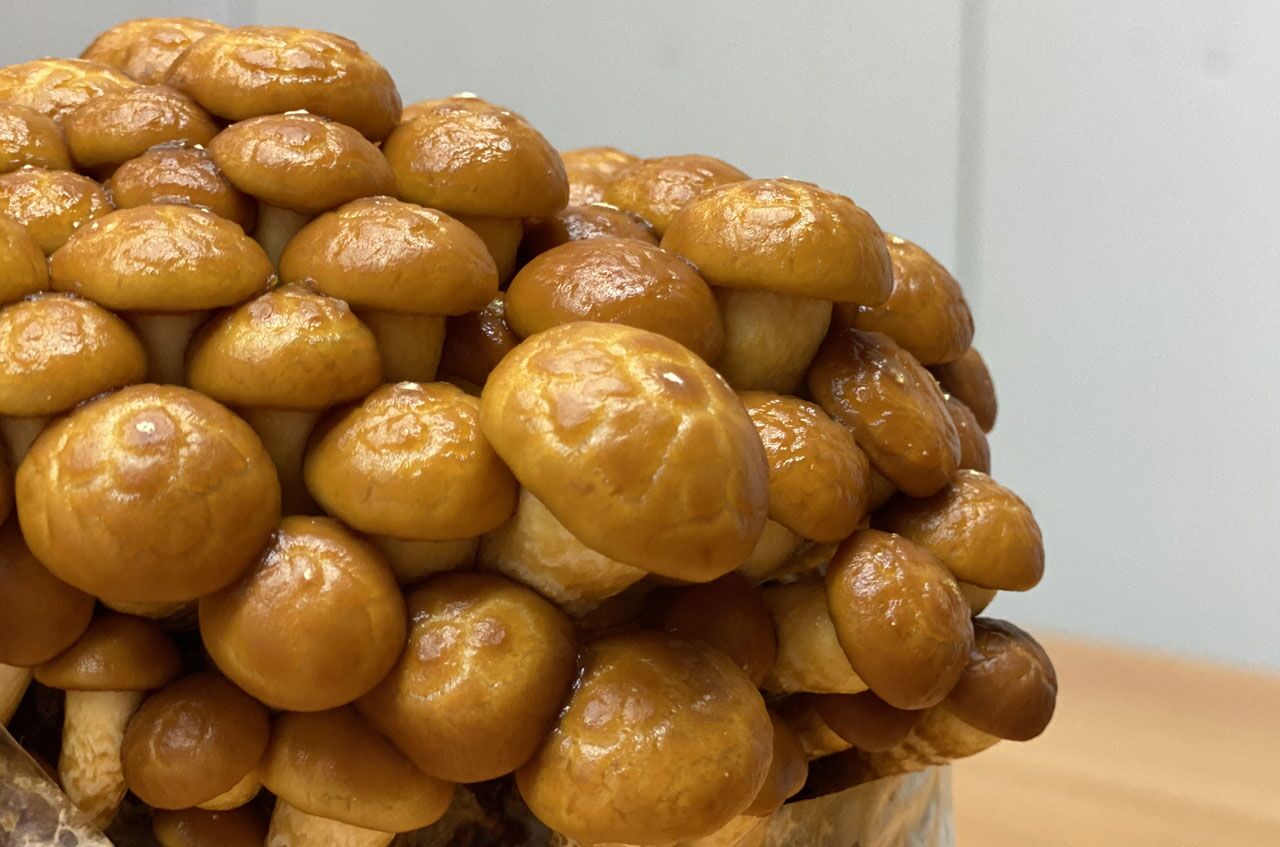 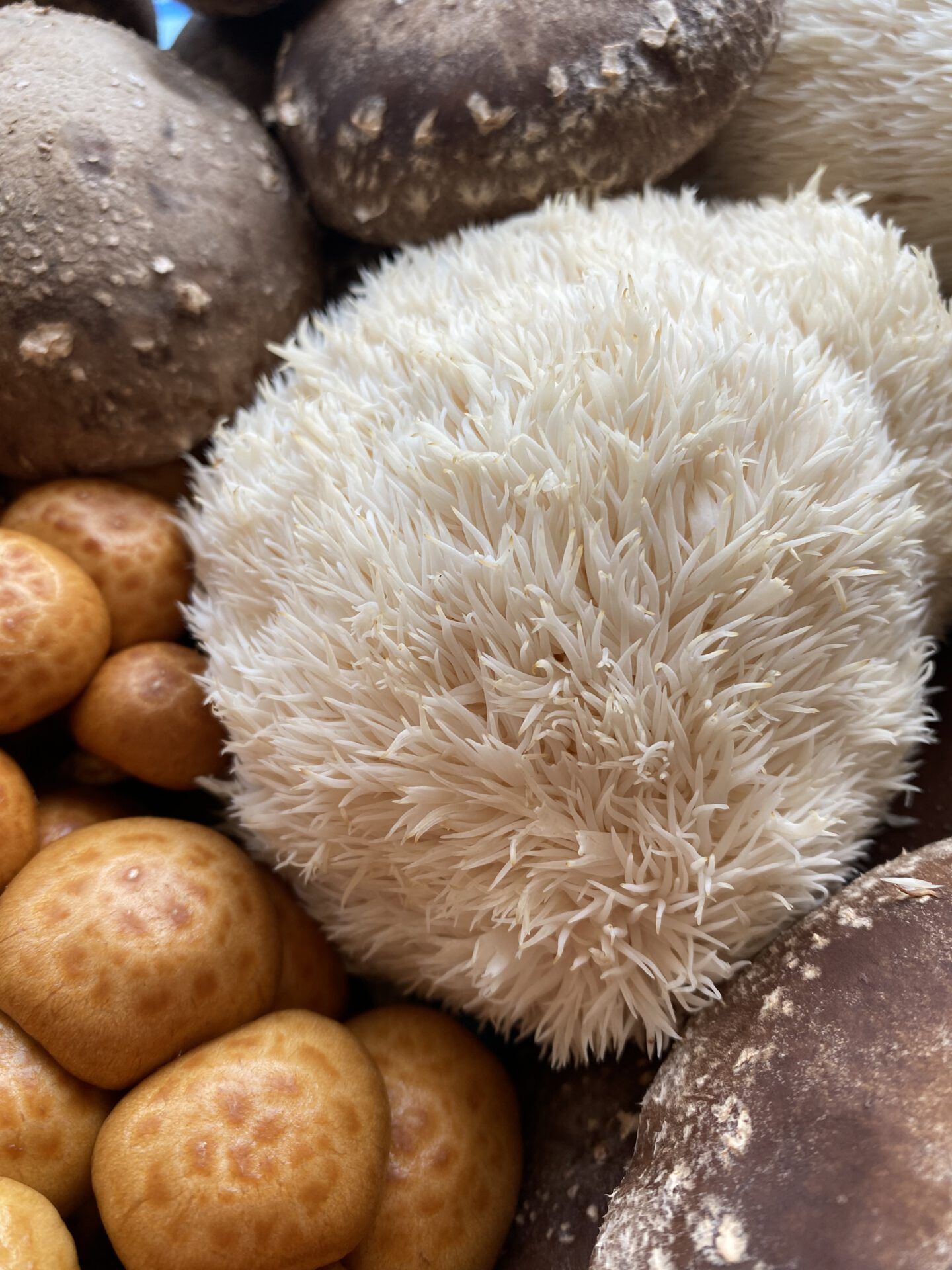 Take a look at the nutritious facts for other exotic mushrooms in the organic quality we grow – Enoki, Nameko, and Lion’s Mane. 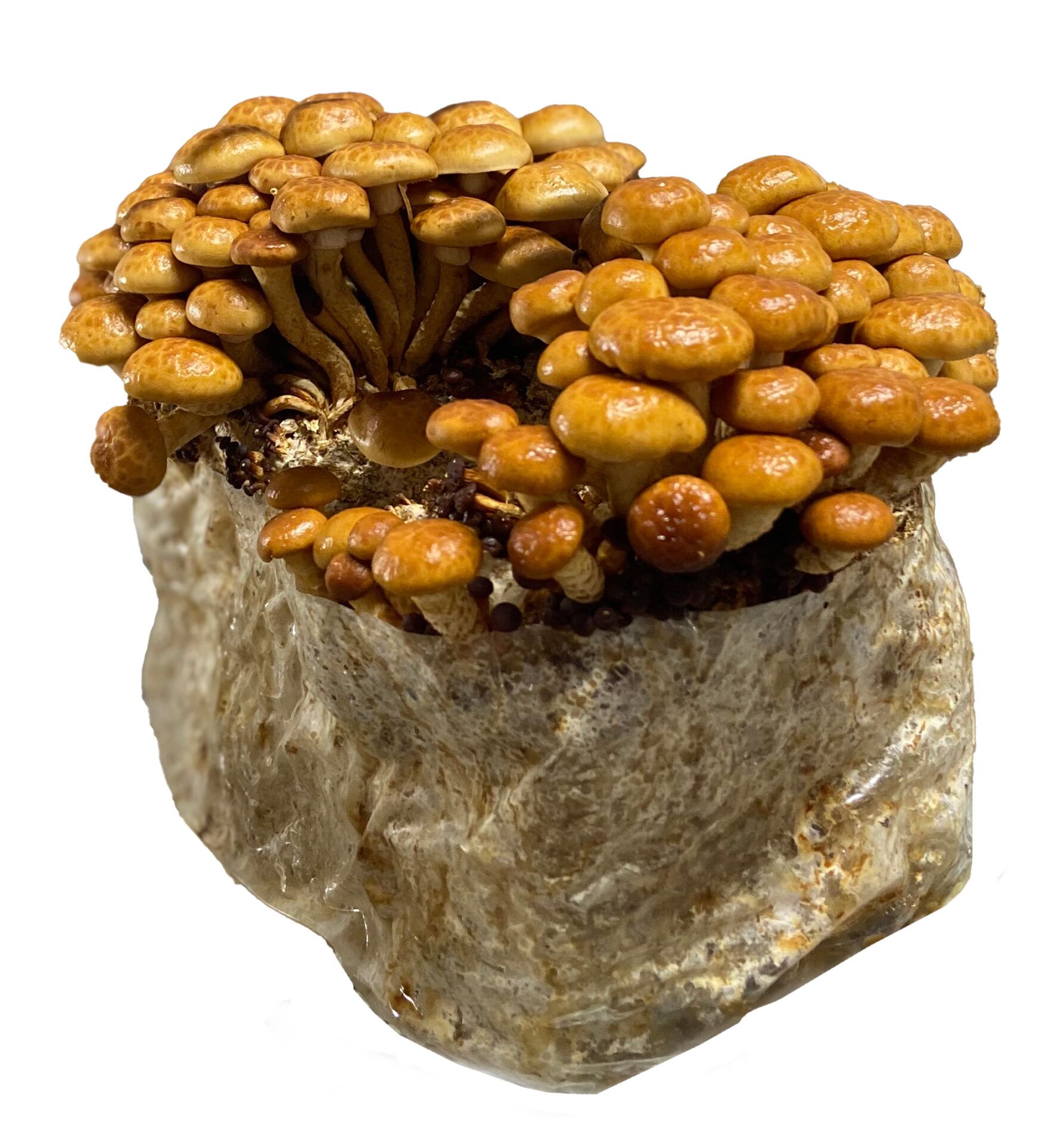 Edible exotic mushroom. Originate from Japan. Nameko mushrooms are small to medium in size with caps averaging 2-5 centimeters in diameter and slender, straight stems. The smooth, rounded caps are orange to amber with a glossy sheen caused by a natural layer of gelatin coating the surface. It has cashew-butterscotch aroma and a mildly fruity, nutty, and earthy flavor. 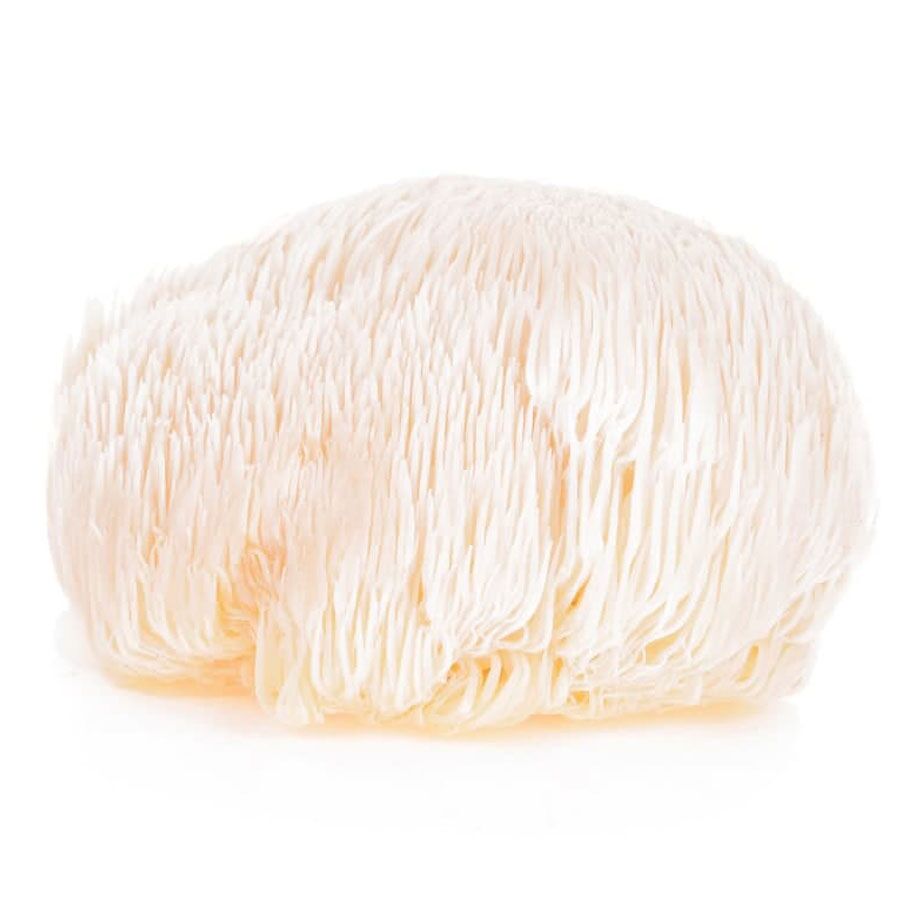 Edible exotic mushroom. Originate both in the Orient and in Europe. In Europe you will seldom find it, as it is relatively rare, and is presently mentioned in a number of “red lists” of threatened fungi. It is also known under names like lion’s mane, monkey’s head, bearded tooth. This mushroom forms a cushion shape and is white to off-white in colour. The surface of the mushroom is covered in beard-like spines. The Pom Pom has a mild, sweet and slightly nutty flavor. 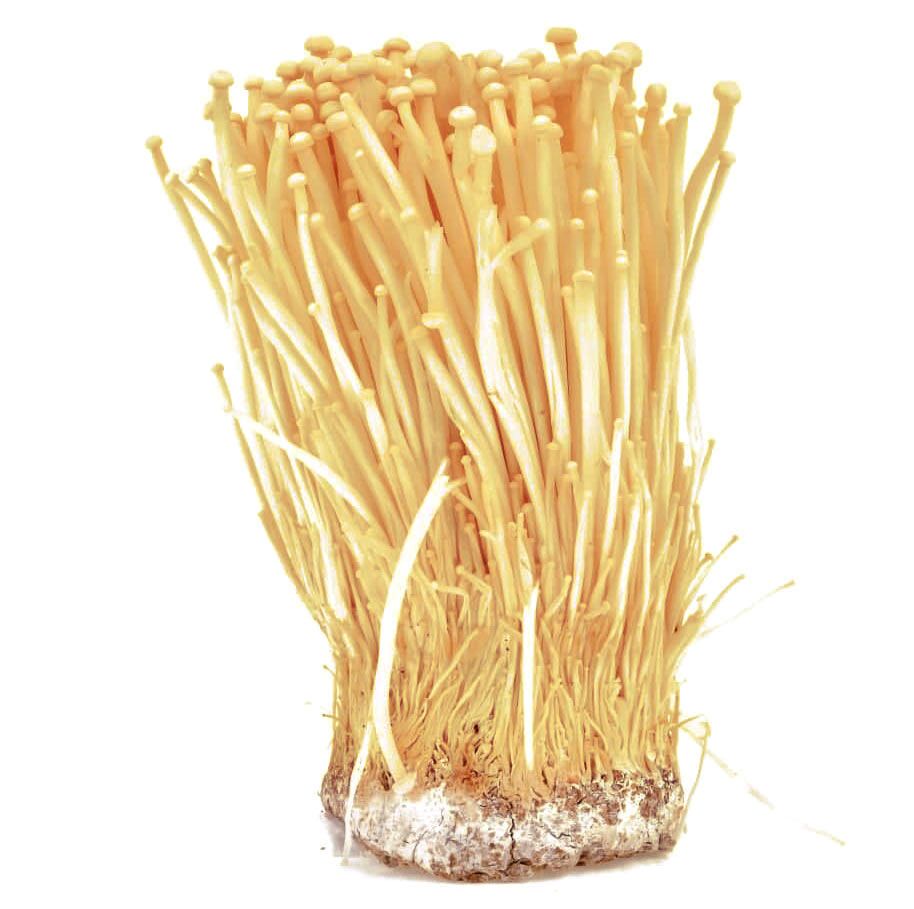 This mushroom can be found all over the world, from Australia to China, Africa, Europe and America, especially during winter period. It has a very long and thin stalk with small cap, forming small clusters. Due to its bright yellow colour it is also named Gold needle mushroom or just golden enoki. It has a slightly fruity taste with notes of nut.

How to clean & cook shiitake mushrooms

We have some tips on how to prepare meal from fresh shiitake mushrooms we recommend the following preparation:

You will find on some websites the advice to wash the mushrooms thoroughly. NatureGreen exotic mushrooms are being cultivated and harvested under such conditions, that the mushrooms do not need cleaning with water. In such a way they preserve their best texture and taste qualities for cooking.

Cut off the stems (you can use the stems to flavour your soup, risotto or pasta. For this purpose you can dry them or preserve in the freezer)

Cook or fry the cleaned shiitake mushrooms as any other mushroom.

Shiitake mushrooms add a rich, savory flavour to your main course dish, soup, sautè or can be enjoyed roasted as a snack. 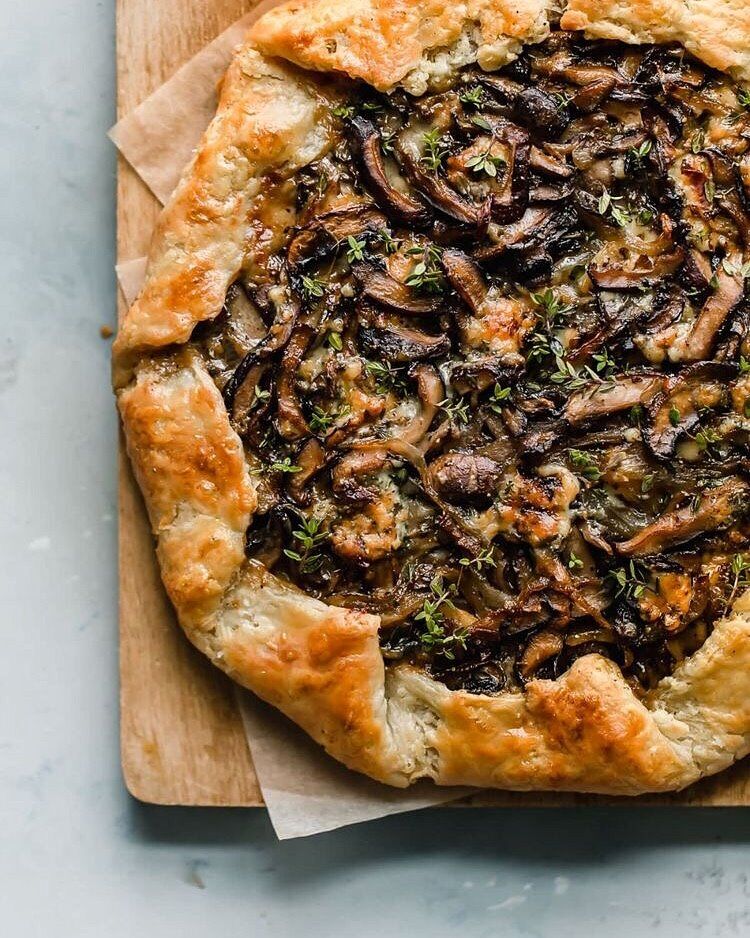 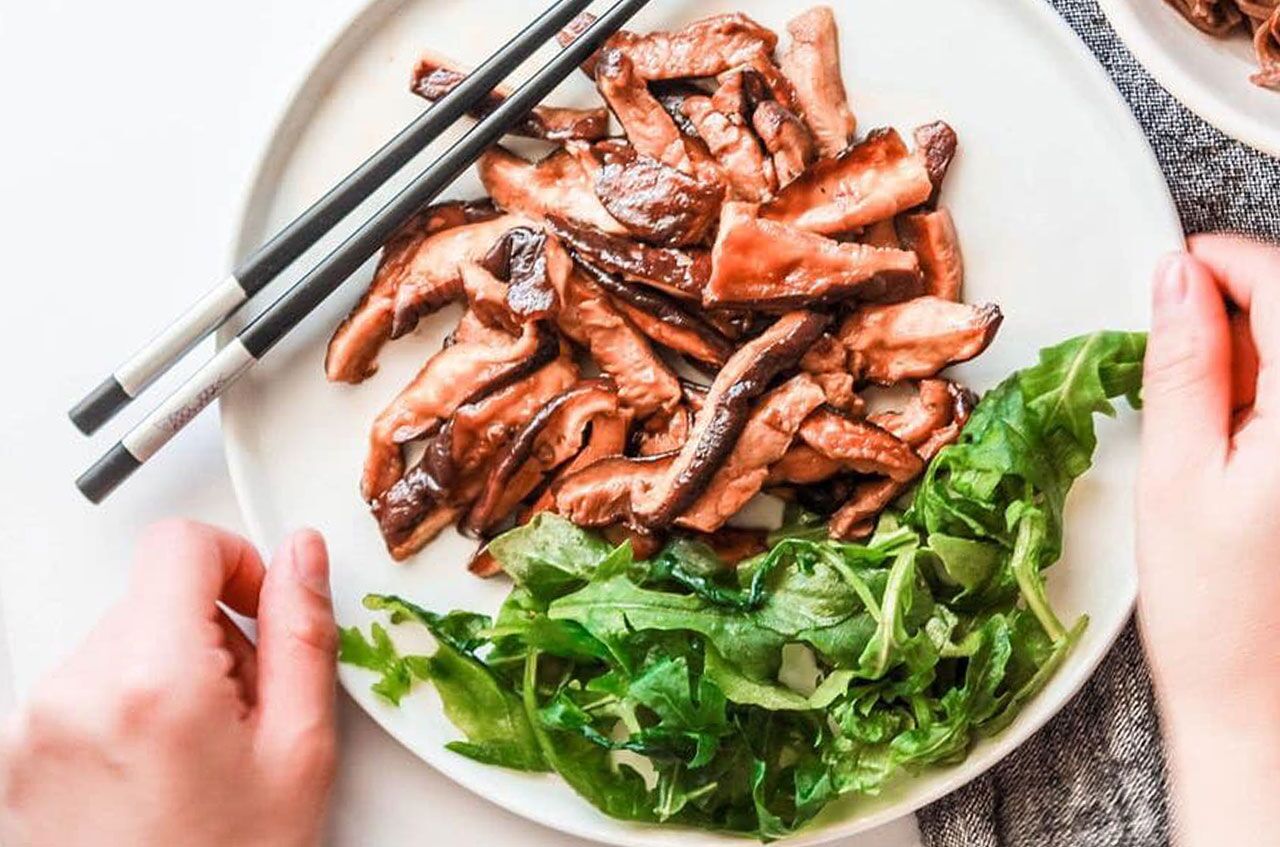